Salt provides the basis for a unique history of this region and for the particular self-conception of its inhabitants throughout the Industrial Modernity. 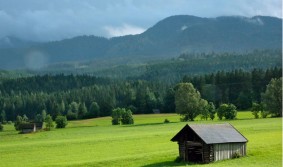 Salt production has always had economic and political effects on the people and landscape of the Salzkammergut. Today’s perception of the Salzkammergut is that of a largely homogenous tourist region. However, after getting to know the region and its deeper historical structures, which reveal a whole host of contrasting regional identities, one quickly realizes that this homogeneity is merely a superficial assumption.  In the reconstruction period following the Second World War, for example, the Salzkammergut served as a symbol of beautiful countryside where traditional customs and down-to-earth cosiness dating back to the days of the Habsburg Monarchy helped to create a “depoliticized” image of Austria and build regional patriotism. Behind this idealised façade though, prevailing differences and fault lines continue to affect everyday life. 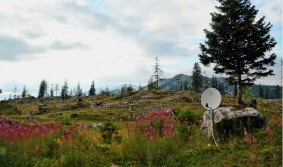 i.e. the Salzkammergut that had existed until the mid-19th century, forming a separate and uniquely structured economic and administrative unit within the early modern political system; second, the transition of the Salzkammergut to a tourist region from the mid-19th century onwards; and third, the Salzkammergut’s position in a period of significant economic and political change during the first half of the 20th century following the collapse of the Habsburg Monarchy, which encompasses the period of the First Austrian Republic, the so-called Austrofascist corporate state, and Nazism.

One of those underlying structures emerged as a result of differing relationships between various parts of the Salzkammergut and the overall region. Divided by the state boundaries of Upper Austria, Styria and Salzburg, the region also consists of an “inner” and “outer” Salzkammergut, which gives an initial impression of how seriously these regional lines of demarcation and their continuation within smaller regional areas have taken effect. This has led to frequent discussions as to where exactly the centre point of the Salzkammergut is – which is one of the key issues in connection with a common Salzkammergut identity.

Furthermore, these traditional tensions are reflected in the economic and political history of the region, additionally consolidating attitudes and identification patterns. The value added chain, from the production to the marketing of salt, required an administration system that had a major impact on the Salzkammergut’s regional complexity, creating a structural hierarchy between centres of production, trade and administration on the one hand, and the periphery as an area of supply on the other. This structural hierarchy has established a social hierarchy in the minds of the local population, and cultural singularities derived from that hierarchy remain powerful amongst smaller rivalling regions until the present day. In the Styrian Salzkammergut region, for example, underlying tensions still prevail between Ausseerland municipalities as former value added production centres and the former area of supply around Bad Mitterndorf, known as “Hinterberg”. Although the introduction of the railway opened up the region from 1875 onwards, it primarily contributed to a northward shift of central locations. Nevertheless, remaining rivalry amongst former salt production centres is still noticeable in discussions on the position of Bad Aussee, Bad Ischl or Gmunden as possible centres of the Salzkammergut. Another “old salt-mining region” tradition that still exists in regional self-conception is a certain resistance against authorities. This is thought to stem both from a comparatively high Protestant population and relative independence from the sovereign’s central rule.

Transition to a tourist region which began in the mid-19th century further exacerbated existing tensions. The region’s loss of its special status through the incorporation of salt mining and forestry into the modern political administration system, as well as the tourist region’s spatial expansion beyond the former boundaries of the old Salzkammergut have 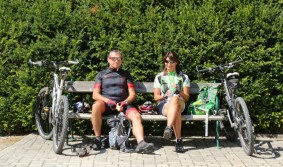 generated long-term conflicting issues. These include reservations of old areas against newly incorporated areas receiving the informal regional title of “Salzkammergut”. Moreover, each tourist centre strives to promote its own attractions, thus undermining a concerted effort to establish an umbrella brand for the whole region. Finally, there is a difference between the tourist’s view (through advertising brochures, literature, travel reports, etc.) and traditional home-grown regional identification with all its reservations against “foreigners” and newcomers. When the region developed into a summer resort in the 19th century, local and regional travel and summer holiday culture with its relatively high proportion of Jewish guests triggered additional rivalry.

During the early 20th century, a restrictive policy of austerity (aiming to balance the domestic budget without incurring new debts) significantly affected state-owned salt production. Despite that, summer holidays in Salzkammergut remained highly popular, because, as the operetta “The White Horse Inn” suggests, one could always “be merry” there. In addition, it was hoped that newly discovered winter holidays would provide a fresh source of income for towns and villages perfectly suited for tourism. However, that would have hardly sufficed to stabilize economic conditions and employment figures in the region.
As a result, political conflict began to flare up in the region during the First Republic, and then in the Austrofascist corporate state from 1933/34 onwards, subsequently dividing the local population into three political and ideological “camps” dating back to the Habsburg Monarchy, as well as prompting an alarming growth of openly expressed anti-Semitic sentiments. It is, indeed, typical for the structural economic differences in the Salzkammergut that there was a greater increase in political leftists (Socialists and Communists) and extreme rightists (illegal Nazis) within the “inner” Salzkammergut than the “outer” Salzkammergut, where Christian-Social townspeople retained in a relatively strong position.

Following the Anschluss of Austria by Hitler’s Third Reich and establishment of Nazi rule in Salzkammergut, the Nazis reorganized the region as part of their strategic spatial concept. On the one hand, the Salzkammergut was determined as a place of cultural activity and physical recreation, thus exploiting the region’s tourist tradition in the ideological sense of “völkisch”, i.e. the Nazi definition of ethnic belonging. That also meant looting, driving out and persecuting Jewish residents of the Salzkammergut holiday region. On the other hand, Nazi propaganda proclaimed the Salzkammergut to be part of the “alpine fortress” and thus a retreat for members of the Nazi regime. That also included storing a major part of art works looted by the Nazis across Europe in the salt mine in Altaussee, as well as sinking secret armaments and (forged) bank notes in nearby Lake Toplitz. After 1945, both events became part of a myth around Ausseerland that is still alive in regional memory today. Another aspect of regional commemorative culture focuses on the passive resistance of a number of local people against Nazi rule, whether it be women who risked their lives bringing food and messages to members of the resistance and eavesdropping on the enemy, or men who fled to the mountains to escape persecution. Controversy over many aspects related to dealing with memories of the Third Reich has since become part of a deep-rooted and multifaceted historical structure in the regional scope of awareness of the Salzkammergut people

Christian Dirninger (*1952 in Bad Aussee, living in Salzburg) teaches Economic History at the Department of History, University of Salzburg. He has published numerous articles in scientific journals such as Vierteljahresschrift für Sozial- und Wirtschaftsgeschichte (Quarterly Journal of Social and Economic History) and Jahrbuch für mitteleuropäische Banken- und Sparkassengeschichte (Yearbook of Central European Banking and Saving Banks History) as well as in many specialist books such as History of European Savings Banks.