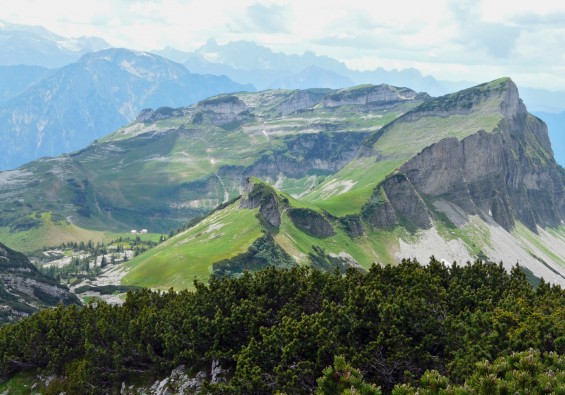 Civilizational developments are closely linked to political and cultural-historical conditions as well as to landscape forms.

Inhabited since the Paleolithic age, the Salzkammergut has been shaped by salt mining, the salt trade and the resulting economic income. An entire prehistoric era, the Celtic Hallstatt period, (Hall is the Germanic word for salt) is named after it. The Reformation and Counter-Reformation in the 16th and 17th centuries also played an important role in shaping the area, as borders of religion and territory within Europe, and thus also within Styria, were newly defined, attributed and redrawn.

The Ausseerland, the Styrian part of the Salzkammergut, is a striking centre of diverse thought and action patterns. It is characterised by its remote location, its retreats and the technical facilities for salt mining. The Ausseerland has been a famous spa and tourist region since the 19th century, due to its salt domes, lakes, forests and the impressive karst landscape in the high mountains. The area was influenced by the nobility from the time of the House of Babenberg and the people of the area became increasingly proud of the Ausseerland’s status as an imperial summer resort. These developments increased the range of regional and national economic activities in the area.

Another characteristic of the region is its appeal for artists, writers, actors, composers and intellectuals such as Arthur Schnitzler, Hermann Broch, Johannes Brahms, Gustav Mahler, Hugo von Hofmannsthal and Jakob Wassermann. The area also attracted local personalities such as Klaus Maria Brandauer and Barbara Frischmuth who were able to work particularly well in the unique atmosphere of the Ausseerland.

During the Second World War, the Salzkammergut became a Nazi retreat, chosen both as a holiday destination and as part of the mythical “alpine fortress”. It was either given a conformist and
positive reception or, as was often the case, was met with so-called passive resistance. 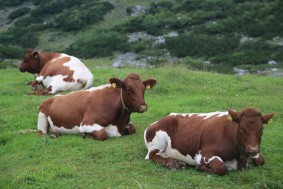 Reciprocal effects of geographical features and characteristics, of economic and political developments, interests and structures as well as an understanding of the area are of great importance for the public space. Furthermore, this public space needs to be explored with sensitivity and its historical, current and future relevance need to be investigated and become a part of public consciousness.

The artist Eva Grubinger, who has been dealing with the above mentioned topics of the Salzkammergut for quite a while now, provided the impetus for an idea based on subtle artistic interventions in this region. Together with Dirck Möllmann, she developed her idea further and turned it into a concept for the Department for Art in Public Space Styria/Joanneum Universal Museum. This made it possible for us to win over several regionally active personalities from the fields of science, research, nature conservation, economics, culture, history and regional development, living survivors as well as the cultural theorist Kathrin Busch, the author Martin Herbert as well as other Austrian and international artists, for intense discussions and comprehensive fieldtrips to further reflection on the issue of the political landscape. Clegg & Guttmann, Eva Grubinger, Florian Hüttner, Angelika Loderer, Susan Philipsz and Bojan Šarčević proposed site-specific and highly concise works that were to be positioned in the mountains, in the urban areas of the Ausseerland and in the Kunsthaus art gallery in Graz, the capital city of Styria, to prompt extensive reflection.

In this project, real conditions, contexts and structures are explored, highlighted and tapped into, actions that are counterbalanced by findings, positioning and precisely conceived results. These results are, however, not to be seen as conclusive but as dynamic questions of general importance, connected to collective memory, subjective experience and reflective action.