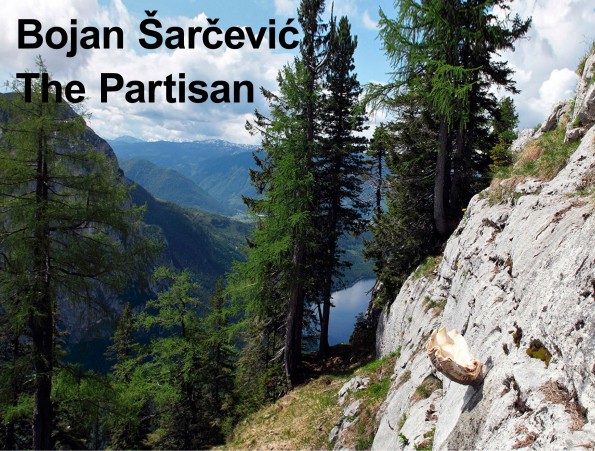 The monumental sea creature is environmentally protected. The display here was made possible only under consideration of the Washington convention CITES (Convention on International Trade in Endangered Species of Wild Fauna and Flora). This giant clam has been confiscated by the Austrian customs. Here at Kunsthaus two picrues of the site are presented, where the two parts of the giant clam had been installed. One piece of the clam is exhibited under the bridge of Bahnhofstraße in Bad Aussee (586 m), the other part is placed above Weiße Wand (white wall, 1575 m), trail 201, between Loser hut and Hochklapfsattel.

Under the bridge spanning the Bahnhofstraße. An inhospitable, ordinary place with a lay-by and information board, situated at the entrance to the town. Almost completely lacking in history, it is now enjoying some attention thanks to a work of art: a two-piece mussel shell from the other side of the world. The piece forges a symbolic link between the lowest and the highest points of the Political Landscape project. It also connects the two locations furthest apart, linking an unspoiled setting in the Totes Gebirge with the only urban site involved in the project.

In 1938, as in many other places, the National Socialists received a warm welcome from most inhabitants of Bad Aussee. And here, too, people like Albrecht Gaiswinkler and Valentin Tarra secretly joined forces to build a regional opposition movement. Against this background the title of Bojan Šarčević’s work, The Partisan, makes reference to an issue that, if mentioned at all by the people in the region, remains controversial to this day. For decades, memory of the resistance movement has divided the local community in the Ausseerland. Supporters of the movement have rarely touched upon the topic while those who did not approve pretend it never existed. Meanwhile, attitudes have started to change slowly.

The shell was originally confiscated by the Austrian customs authorities. Its dignified natural beauty placed in an alien setting offers a rather laconic interpretation. In the Ausseerland, there did exist politically-minded people with a keen sense of right and wrong, prepared to support those in need. Their commitment and mindfulness was as silent as the grim landscape of their upbringing, which had left its mark on them. These attitudes are still there. As are the others. Like two halves of a shell. 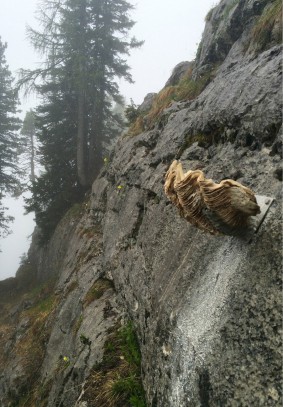 The steep mountain path with short climbing sections was expanded and improved a few years ago. Starting from the Loser Alm on trail 201, the route merges with trail 212 on the Hochklapfsattel saddle (1694m). Before reaching the Augstwies mountain pasture, the path branches again into trail 201 in the direction of the Albert-Appel-Haus and trail 212 in the direction of Wildenseealm. This is where Ernst Kaltenbrunner took refuge on 7 May, 1945, temporarily escaping arrest. Kaltenbrunner, born in Upper Austria, had been head of the Nazi Sicherheitspolizei and the Sicherheitsdienst as well as chief of the Reichssicherheitshauptamt since 1943. He had had contact with Hitler up until his death, yet still appears to have hoped for a reprieve and collaboration with the Allies. With the aid of some members of the resistance movement, Kaltenbrunner was placed under arrest on 12 May, 1945 at a hunting lodge that still exists today. The group began their chase on the Loser Alm and may well have taken a route similar to mountain path 201.

A giant clam from the South Pacific appears in the Totes Gebirge – for Bojan Šarčević, materials and things attain new meaning as artwork through reduction of form and dislocation to a new site. 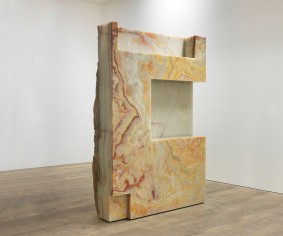 The sculptural works of Bojan Šarčević use this artistic method to appropriate clearly structured spaces so as to facilitate new aesthetic experiences. For example, when the corner of a building earmarked for demolition in the Netherlands was removed for the work World Corner (1999) and subsequently placed in a gallery space in Germany, this process of transfer and displacement generated a plenitude of meaning. The item is still functioning as a corner but simultaneously implies more than a corner, for it connects the particles of its history with the information available about the new site. In a figurative sense, the work can be interpreted as a portrait of an existential shift in location, thus making the visual experience of those from other corners of the world accessible. Here, the three dimensions explored by Šarčević as a sculptor also factor in time – not as a measurable dimension like with a clock, but as the unique time of my memory, my perception of present circumstances, and my expectations of future developments. In the artist’s works, history becomes an aesthetic moment of subjective perception, even when he alludes to prehistoric time.

The Alps as a fold mountain range were created millions of years ago due to continental drift. The limestone formations of the Totes Gebirge mountains even contain traces of primeval fossils. Šarčević is now setting out to generate a strange parenthetical state. In Bad Aussee he will be installing a giant clam (Tridacna gigas), but each half in a different place: at a site that usually remains unheeded, on the one hand, and also near a hiking path in the Totes Gebirge, on the other. The monumental sea creature originates from the South Pacific and is environmentally protected. Local use is only allowed if a permit is issued by the Austrian customs office. Decoratively posited atop concrete in the valley and artificially implanted in the highlands, the clam bridges gaps between time and space in a disconcerting way. While the open shell may appear vulnerably exposed to its surroundings, at the same time it is a fixed element within the mountainscape, similar to the Igel (Hedgehog) hideaway.

Bojan Šarčević, *1974 in Belgrade, lives in Basel and Paris) studied at the École des Beaux-Arts in Paris and at the Rijksakademie in Amsterdam. Šarčević took part in Manifesta 1998 and was invited to participate both in the 50th Venice Biennale in 2003 and, one year later, in the 3rd Berlin Biennale. In the year 2012, the Kunstmuseum Liechtenstein dedicated a large retrospective to Šarčević’s work.

Take the exit from Landstraße 145/Salzkammergutstraße towards Bad Aussee, then turn right in the direction of the town center. Cross Bahnhofstraße road below the bypass bridge; left bridge foundation, in front of Zwetti Bus und Taxi.

The route starts at the Loserhütte mountain hut (1577m) on trail 201 in the direction of the Hochklapfsattel saddle. Art work located in a narrow passage above the Weiße Wand. Route can be continued via the Wildenseealm to the Albert-Appel-Haus mountain hut (1638m, staffed in summer, beds available, open but unstaffed in winter).

Approx. 150 meters in each direction.